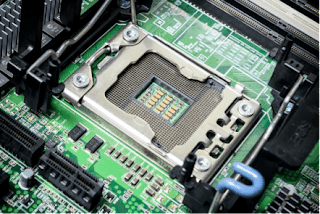 Thomas Friedman, a renowned author and New York Times columnist, was recently interviewing the good folks over at Intel, trying to get a sense of the impact Moore’s Law has had on the world.

As a comparison, they told him, if a 1971 VW Beetle were to improve similarly to an Intel processor over the same 45-year period, today the car would cost 4 cents, drive 6 million miles per gallon and go 300,000 miles per hour.

Friedman believes Moore’s Law, which states that the speed and performance of microchips will double every 18 months, and its impact on technology is one of three great accelerations underway and dramatically changing the world. The other two are happening in the marketplace and with Mother Nature.

“We’re in the middle of something really big,” Friedman told the crowd at the World Affairs Council of Oregon’s International Speaker Series. Friedman has won three Pulitzer Prizes, and is the author of six best-selling books, including the World is Flat.

He said these three accelerations are happening nonlinearly, and compares it to the origin story of how chess was invented. The ruler of the kingdom was so impressed by the game, he offered its inventor any prize. The inventor said he would accept a grain of rice (or wheat, depending on the story) on one square of the chess board and then double that for each subsequent square. The end result of grain awarded may surprise you.

A similar acceleration happened following the invention of the printing press, Freidman said, but the difference is that it unfolded over 300 years and what is happening now is unfolding in real time over seven continents.

“We are just entering the second half of the chess board,” Friedman said.

He said we will continue to see technology and globalization change, redefine, or blow up economies, education, countries and more, including in the workplace. “This hurricane is reshaping every job, every industry, every country,” he said.

So what does that mean for marketers?

“Average is officially over,” Friedman said.

If you’ve listened to Friedman speak, or regularly read his columns, you know Friedman has five pieces of advice he offers his daughters. That advice can also be applied to marketers:
1. Always think like a new immigrant

Friedman said new immigrants arrive to their new country, new home, with the understanding there’s no legacy spot waiting for them. They take opportunities and pursue them with more energy and more vigor than anybody else.

As marketers, we should look at everything with a new set of eyes. When I was a newspaper journalist, one of the tips I received as a greenhorn was to take a different route to work each day. This way I wouldn’t get caught in the rut of routine and miss the stories that may be happening around me.

As a marketer, think of ways you can see your job or how you market your company with a fresh set of eyes; challenge the “we did that before” sentiment to see if you can come up with different results and new approaches.
2. Think like an artisan

Friedman said the artisan was the person, before mass manufacturing, who made every item individually and then signed it or put their stamp on it. This would have been for a mix of items such as cabinetry, china, and even fine art (watch one episode of Antique Roadshow and you’ll get the idea).

“Do your job every day in a way that you want to carve your initials into it at the end of the day,” Friedman said. “If you can do that, you can be sure that’s a job that will never be outsourced, automated, or digitized.”

How does a marketer do that? Deep dive into becoming an expert in your craft, whether that is on the brand side, demand side, or the expand (post-sale) side. The woodworker who placed his stamp on the desk he just completed didn’t wake up one morning with those skills. He apprenticed the craft for years. By knowing your business inside and out, you also learn where to find opportunities to be great.
3. Always be in Beta

Friedman borrows this idea from Reid Hoffman, founder of LinkedIn. In Silicon Valley, Hoffman maintains, there is only one four-letter word that shouldn’t be said, and it’s not even four letters long. Finish.

You can begin to understand the importance of always being in beta when you think about how Friedman’s three forces – Moore’s Law, Mother Nature, and the marketplace – interact with each other. Improved technology is opening up new markets. Mother Nature and changing environments are opening up new markets. Improved access to improving technologies is changing our customers, making them smarter and more selective.
4. Live by the formula PQ [passion quotient] plus CQ [curiosity quotient] is always greater than IQ [intelligence quotient]

Friedman introduced us to this idea in The World is Flat, “I have concluded that in a flat world, IQ – Intelligence Quotient – still matters, but CQ and PQ – Curiosity Quotient and Passion Quotient – matter even more. I live by the equation CQ+PQ>IQ. Give me a kid with a passion to learn and a curiosity to discover and I will take him or her over a less passionate kid with a higher IQ every day of the week.”

As marketers, what are you passionate about? What are curious about? And how can you bring that curiosity, passion and persistence to your marketing department?

The folks at Gallup regularly poll for employee engagement in the workplace. Their findings would depress you. About 70 percent of the workforce is not engaged. Could stoking your employees’ PQ and CQ fires help raise that engagement level? Couldn’t hurt.
5. Always think like a waitress at Perkins Pancake House in Minneapolis

Freidman gave her a 50% tip.
“That waitress didn’t control much, but she controlled the fruit ladle and that was the source of her extra unique value added. She was thinking entrepreneurially,” he said.

For marketers, think of ways you can change what you have control over to find that new entrepreneurial opportunity. Or think about what you control right now; could you take a fresh point of view and make some small or large change that would reinvigorate something you’re taking for granted now?

A Four-Step Guide To Creating Your Digital Marketing Plan

A Strategy to Retain Affiliates, for Affiliate Marketing

Yamaha has created the fashion scooter category in India with the...