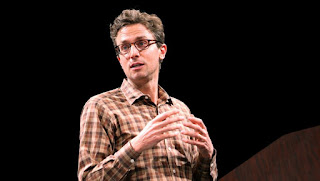 Missed projections may lead to a “significant recalibration,” say analysts, as web ad rates tumble, video is now king and TV’s upfronts are poised for a comeback.

This story first appeared in the May 6 issue of The Hollywood Reporter magazine. To receive the magazine, click here to subscribe.

Will the television industry be a potential beneficiary of a coming upheaval in the digital media world? On April 12, observers were stunned by a Financial Times report that digital darling BuzzFeed missed its 2015 revenue targets of $250 million by at least $80 million. The privately held company vigorously denied the story, but it came just days after another hot digital outlet, Mashable, slashed jobs, which followed similar cuts at The Huffington Post and International Business Times.

The issue: Audience growth rates are slowing and advertising rates are dropping despite the fact people are spending more time consuming online content. “It may be hard for a lot of these brands to collect enough eyeballs to be the big, profitable businesses that they hope to be,” explains UC Berkeley journalism professor Alan Mutter. As a result, many editorially driven companies are shifting their attention to video. Media analyst Ken Doctor calls the trend a “significant recalibration” as high-flying digital startups chase the higher ad rates that go hand in hand with viral video clips and premium series.

The Jonah Peretti-led BuzzFeed has been the trophy child of this evolution because of its ability to churn out online hits from its L.A.-based BuzzFeed Motion Pictures. The latest example involved an exploding watermelon clip and more than 800,000 simultaneous viewers on Facebook Live, and the video team also has seen near-overnight success with food videos via its Tasty channel and series You Do You, which shot onto iTunes TV charts after its release. But videos are more expensive than lists, and many platforms still are working out their advertising models. Joshua Benton, director of Harvard’s Nieman Lab, says, “Everyone is anticipating, planning for and investing in this coming disruption of TV, but we’re still a ways away.”

Web boosters predict online ads eventually will cannibalize TV budgets, but that industry-altering moment has yet to occur. And TV upfront ad spending, which kicks off May 16 with NBCUniversal’s annual sales pitch, actually is expected to see an uptick this year after three straight years of declines. No wonder, then, that Vice has launched cable channel Viceland, Mashable is using a Turner investment to reorient toward TV content, Vox Media has launched a Hollywood-based division to bring its brands to linear platforms, and even BuzzFeed is leveraging its new ties with NBCUniversal. Notes BTIG media analyst Rich Greenfield, “There is still a lot of money in TV.

Which Are The First Steps You Should Consider When Constructing An Online Business Strategy?