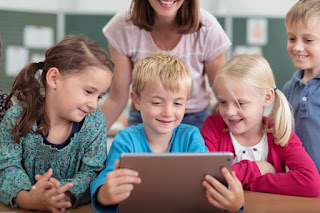 While digital educational media can continue to have a substantial impact on children, the size of that impact is directly proportional to a commitment to equity, according to a study examining five years of the CPB-PBS Ready to Learn Initiative, which represents $72 million in taxpayer dollars.

Interviews with 26 prominent children’s media researchers, producers, and thought leaders were conducted as part of the study.

The study reflects on the initiative’s progress over time and offers examples of how digital educational media have influenced learning.

When adults had easy access to and became dependent upon mobile devices, this access trickled down to children, who soon became a target market for content producers. The report notes that early learning apps grew faster than any other app category.

And when digital technologies and digital media became available, expectations about how they could be used in learning grew and became more robust.

How to dominate 2017: Eye-opening digital marketing predictions from 11 digital experts