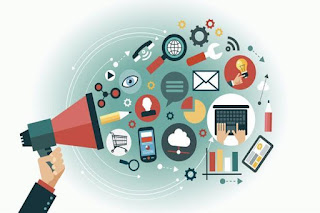 New Delhi: Ad spend on digital media is set to grow on account of greater use of mobile, social media and online video, a new report said. Carat, a global media network which is part of media and digital marketing communication firm Dentsu Aegis Network, said in the report that digital is expected to account for 27% of the total advertising spending in 2016 and is likely to touch 29.3% in 2017.

The markets where digital has become the primary medium for ad spend too is growing. The new entrants to the list of 12 markets are Hong Kong and Estonia. The US, Germany, Taiwan and Austria are predicted to join this list in 2018.

“The strength of digital continues to be the dominant element in the growth of the global advertising expenditure whilst TV spend remains as the foundations of our industry. As advertising becomes more data-driven and complex, it’s crucial to move rapidly to navigate and meet the needs of the digital economy and this is reflected in the innovative capabilities and approach we provide to our clients,” said Jerry Buhlmann, chief executive of Dentsu Aegis Network.

Growth prospects for the Indian advertising market will continue to remain high due to the India T20 Cricket World Cup and the state elections, with estimated growth of 12.0% in 2016 and 13.9% growth in 2017, the report said.

Unlike other BRIC markets such as Brazil, Russia and China, advertising expenditure in India continues to accelerate. Television advertising revenues are expected to grow by 12.3% in 2016, supported by strong spending from e-commerce companies and consumer product brands. While TV is expected to remain dominant in India for many years to come, advertisers are increasingly using online video as an invaluable complement. However, share of total digital advertising spend in India is still relatively low at 8.9% for 2016.

Unlike other markets, positive growth in newspaper advertising is expected to continue in India at 10.5% in 2016, primarily due to investment from advertiser categories like e-commerce, automotive and a small contribution from government spending. Retail advertisers also continue to spend on the print media.

Data for this study was collected from 59 markets across the Americas, Asia Pacific and Europe, the Middle East and Africa (EMEA). Carat’s latest global advertising expenditure forecast showed that digital media will touch a predicted $161 billion or 29.3% of total ad spending in 2017.

From a global perspective, the report forecasts that in 2016, advertising spending across all media will touch $538 billion, accounting for an year-on-year increase of 4.5%. Events like the US presidential elections, Rio 2016 Olympics and Paralympics and the Uefa Euro 2016 championship will extend the positive outlook for 2016 into 2017, as per the report.

While digital media is constantly closing the gap, television continues to command the majority of market share with a steady 42.0% in 2015 and the spend is predicted to grow by 3.1% this year as the Olympic Games and US elections are predicted to generate significant TV viewership across various markets.

“Carat’s latest advertising forecast and its first analysis of the 2017 landscape gives us reinforced optimism for global advertising spending. Whilst economic volatility has impacted some major markets, solid growth has been maintained globally, with stability foreseen for this year and next,” added Buhlmann.

Advertising growth in the Asia Pacific region by 4.4% in 2016 is forecast at a marginally lower growth rate than the global growth rate of 4.5%, and has been revised down from the 4.7% previously forecast in the September 2015 report, driven by more conservative growth forecasts for China (5.8%, down from 6.5%) and Australia (2.5%, down from 2.8%).

Forecasts for 2016 have also been revised down for South Korea, Taiwan and Malaysia as business and consumer sentiment in these markets continue to be dampened by an uncertain economic outlook.

How to Support Your Content Marketing Strategy With Big Data

11 Tricks to Write Your Posts Effectively

Stop messing up your SEO and do these things instead

The masters of Influence

4 Metrics You Should Be Tracking for Measuring Brand Performance

How would you recommend that William set his budget if he...

In addition to Microsoft Office Excel Template (.xls), what other file...